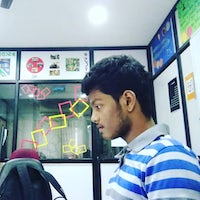 Let's get started with computer science fundamentals. We would be discussing system boot.

Booting is a startup sequence that starts the operating system of a computer when it is turned on. A boot sequence is the initial set of operations that the computer performs when it is switched on.

This startup sequence associated with a system is totally abstract. The chaos that is happening behind the scenes is incredibly captivating and when you understand the design behind this process, you would be even more satisfied.

Let's hit the ground running and understand what happens behind the scenes.

The ROM is highly secure since the data and instructions written here cannot be edited/changed from an external source and hence BIOS is stored on the ROM.

After successful completion of these tests, BIOS seeks to load the operating system.

That's it. I hope you understand system boot now. It is a highly essential computer science fundamental and usually asked in interviews. Make sure you cover it well.